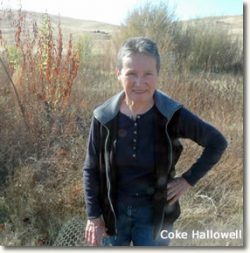 Coke is a founding member of the San Joaquin River Parkway and Conservation Trust, and served as President of the Board of Directors for 20 years. She has recently been elected to the new board officer position, Chairman of the Board.  As Chairman, Coke will focus on outreach and development for the Trust.  Coke began her career teaching remedial reading for ten years in the Sanger Unified School District; she was later elected and served two terms on the State Center Community College District, and then on the board of the State Center Foundation for 17 years. She has been active in community organizations such as the National Parks Conservation Association, The Fresno Arts Council, the U.C. Merced Foundation, The Downtown Fresno Coalition and Revive the San Joaquin. Coke currently serves on the boards of the Planning and conservation League Foundation and  the California Council of Land Trusts.  She has been the recipient of numerous awards including the YWCA Business and Professional Women of the Year, the Fresno Arts Council Horizon Award, the NSFRE Outstanding Philanthropist and Volunteer Fund Raiser, received an Honorary Doctorate of Humane Letters from California State University Fresno (2002), and in 2005 she was selected by the Jefferson Awards Board to receive the Jacqueline Kennedy Onassis Award for “Outstanding Community Service Benefiting Local Communities.”