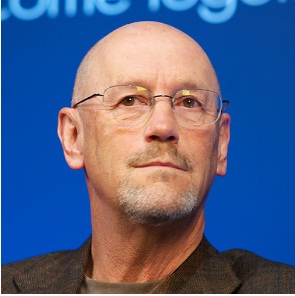 Jonas Minton directed PCL’s water program for nearly 20 years before his sudden and unexpected death on June 22, 2022. He seemed ageless in life and omnipresent in the world of water politics. He had a kayaker’s joy of feeling at one with the energy of water in motion, and he had a policymaker’s understanding of the forces that tugged at each drop of water as it wound from our highest peaks, through our rivers, cities, farms, and then to the Pacific Ocean. Along the way, billions of dollars were spent to redirect and reuse that water. A modified first-come-first-served allocation system that promised too much to too many worked creakily and was long overdue for a tune-up.

About the same time Jonas joined PCL, the drought impacts of climate change were coming into focus, and population growth was pushing water demand beyond our delivery system’s best-case capacity. Delta fisheries were facing extinction, and central valley farmlands were sinking due to groundwater over drafting. Local governments were approving new subdivisions without new water to serve them. Policymakers and major stakeholders were largely in denial of these changing realities, and gridlock was the result.

Sorting through these issues, Jonas focused on a starting point: Did increased Delta water exports accelerate the dramatic decline in Delta fisheries? Recently completed off-stream storage in southern California made increased exports possible, and concurrently many delta fish populations inched closer to extinction. In his thoughtful, methodical way he met with stakeholders, briefed legislators, and shared data with reporters. Slowly, pressure built to better understand the relationship between large water exports and the health of California’s largest estuary. After much work, a transparent, science-driven commission was formed to set guidelines for the governance of the Delta and its water. Finally, important public policy decisions were moved from the backrooms to the public square. Issues were confronted, data were shared, and decisions were made. Battles continued but they took place on ground made more solid by science and openness.

Jonas also focused on the relationship between water and urban development. As the population grew and the drought implications of climate change became increasingly clear, Jonas pushed for more accurate and more detailed reports on the reliability of our water supply. How variable is our current water supply and how much water is available for new growth? After negotiations with PCL, the State agreed to publish a State Water Project Reliability Report every two years. Modest at first, within four years, climate change was added to the analysis. The 2021 report was just recently released and was touted by DWR officials as “one of the single most important sources of information that the Department puts out in terms of climate change information as it funnels downstream to water users.” The 2021 report reduced average annual deliveries by about 5% from the 2019 report. This tells local governments and regional water agencies that future average deliveries are shrinking. While not good news for these water users, it is the type of openness and transparency that Jonas knew was important to public policymaking.

Jonas also cared about free-flowing rivers. While at PCL, he spent over a decade working on the complicated task of removing the San Clemente Dam. This allowed the Carmel River to flow unimpeded to the sea, much to the delight of its native steelhead trout population. True to form, Jonas quietly and persistently worked with local governments, utilities, citizen groups, and other stakeholders to overcome the seemingly infinite concerns of the parties involved.

Jonas had a long and successful career before coming to PCL, and these brief comments only highlight a few of Jonas’ contributions to water policy while at PCL. Perhaps his most remarkable talent was his ability to communicate with everyone across the entire spectrum of water policy and politics. He constantly sought ways, both big and small, to solve problems and make the world a better place. When polarization drove people apart, he brought stakeholders together to identify small steps that were in everyone’s best interests. When ACWA proposed groundwater reform in the Central Valley, he instantly recognized the opportunity for progress and actively worked to build a broader coalition around their efforts. When Westside farmers with junior water rights were fallowing fields, he worked with them to develop solar farms. When pollution and sinking water tables tainted the water supply of small communities, Jonas helped link social justice groups with traditional environmental groups to pass the Right to Water legislation.

Over the past several years, Jonas, along with a passionate team of legal advisors, compiled the “Updating California Water Laws to Address Drought and Climate Change” report with 11 recommendations on updating California water laws.  This first year Jonas and his team introduced three pieces of legislation spawned from this report, and PCL and our allies are continuing to work diligently to get them passed and signed by the governor.

Jonas preferred to work out of the spotlight and give others credit. He provided knowledge, insight, and a lot of space for people to come to their own conclusions. It’s hard to find someone who didn’t enjoy working with Jonas. Now we are all learning what it is like to live without him.

In his honor, PCL is setting up a Jonas Minton Water Warrior Fund.  Money donated to this fund will be dedicated to continuing Jonas’ work at PCL on his grand vision of creating sustainable water resources for all Californians, protecting the threatened resources that are disappearing all too quickly, and building a resilient water future in the midst of the climate crisis.  Please designate your donations to this fund if you want to support Jonas’ vision for the future.