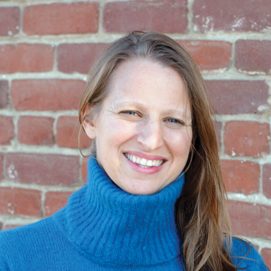 Phoebe Seaton is the Co-Founder, Co-Director, and the Legal Director of the Leadership Counsel for Justice and Accountability.

Phoebe, a native Californian, attended the University of California at Berkeley, where she received her B.A.  She then spent time in Guatemala, working to address human rights violations, and went on to complete her J.D. at the University of California at Los Angeles.  Phoebe joined CRLA, Inc. following law school and worked at the organization’s Delano office prior to launching the Community Equity Initiative, a program designed to address critical infrastructure and service deficits in low income, unincorporated communities in California. In 2013, Phoebe co-founded Leadership Counsel with Veronica Garibay also on PCL’s Board. Phoebe is based in Sacramento and leads Leadership Counsel’s state-level policy work.