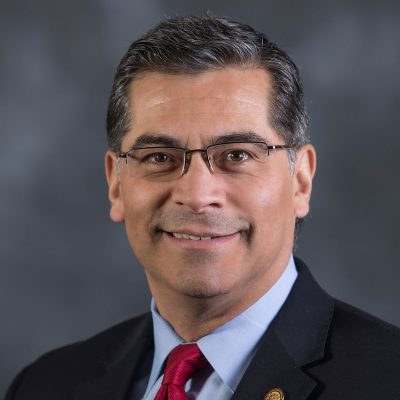 On January 24, 2017, Xavier Becerra was sworn in as the 33rd Attorney General of the State of California, and is the first Latino to hold the office in the history of the state.

The State’s chief law enforcement officer, Attorney General Becerra has decades of experience serving the people of California through appointed and elected office, where he has fought for working families, the vitality of the Social Security and Medicare programs and issues to combat poverty among the working poor. He has also championed the state’s economy by promoting and addressing issues impacting job generating industries such as health care, clean energy, technology, and entertainment.

Born in Sacramento, California, Attorney General Becerra is the son of working-class parents and was the first in his family to receive a four-year degree, earning his Bachelor of Arts in Economics from Stanford University. He earned his Juris Doctorate from Stanford Law School. His mother was born in Jalisco, Mexico and immigrated to the United States after marrying his father. He is married to Dr. Carolina Reyes, and they are the proud parents of three daughters: Clarisa, Olivia and Natalia. 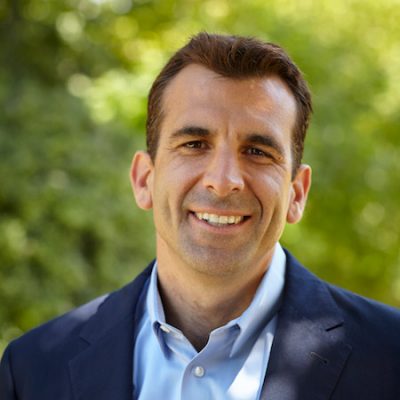 In the four years since Mayor Sam Liccardo took office in 2015, San Jose has thrived. Sam settled intense battles over pension reform with 11 unions, saving taxpayers $3 billion over three decades, and enabling the restoration of San Jose’s police force. He has led the most successful period of economic growth in the City’s history, announcing major expansions from such employers as Adobe, Amazon, Apple, Broadcom, Google, Hewlett-Packard Enterprise, and Microsoft, and securing three dozen new routes at the nation’s fastest-growing international airport, San Jose Mineta. He is implementing innovative approaches to reduce homelessness—such as rehabilitating deteriorating motels, expanding work-first programs, and building “tiny home” villages—while working with community partners to house more than 1,000 homeless veterans. Sam has led a regional coalition to raise the minimum wage in Silicon Valley, partnered with employers to provide jobs to more than 2,000 teens living in gang-impacted neighborhoods, teamed with community colleges to eliminate tuition and fees for 1,600 low-income college students, and launched after-school learning programs in sixteen of San Jose’s least affluent neighborhoods. San Jose has become the largest city in the nation to rapidly decarbonize through a community choice energy program, and Sam has co-led the passage of measures to bring BART and other transit improvements to San Jose, and protect our hillsides and open spaces from sprawling development.

A native of the Santa Clara Valley and former criminal prosecutor, Sam is a graduate of Bellarmine, Georgetown University, Harvard University, and Harvard Law School. In 2018, San Jose residents overwhelmingly re-elected Sam, with 76% of the vote. 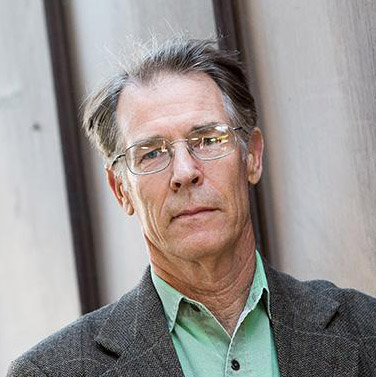 Kim Stanley Robinson is an American science fiction writer. He is the author of more than twenty books, including the international bestselling Mars trilogy, and more recently Red Moon, New York 2140, Aurora, Shaman, Green Earth, and 2312. He was sent to the Antarctic by the U.S. National Science Foundation’s Antarctic Artists and Writers’ Program in 1995, and returned in their Antarctic media program in 2016. In 2008 he was named a “Hero of the Environment” by Time magazine. He works with the Sierra Nevada Research Institute, the Clarion Writers’ Workshop, and UC San Diego’s Arthur C. Clarke Center for Human Imagination. His work has been translated into 25 languages, and won a dozen awards in five countries, including the Hugo, Nebula, Locus, and World Fantasy awards. In 2016 asteroid 72432 was named “Kimrobinson.”