Several reports have described the urgency of improving management and protection of our fragile oceans, now recognized as a national priority. Two of these reports are from the PEW Oceans Commission, “America’s Living Oceans: Charting a Course for Sea Change” (2003) and “An Ocean Blueprint for the 21st Century” (2004) by the US Commission on Ocean Policy that proposed actions. Alarmingly, the PEW report found that “more than 60% of America’s coastal rivers and bays are degraded by nutrient runoff. Both reports found that polluted runoff, also called nonpoint source pollution, is impacting our coastal waterways: coastal rivers, estuaries, lagoons, bays and nearshore and intertidal marine waters. Polluted waters and degraded water quality not only harm ecosystems and wildlife, but can also affect public health and impact economic viability of our coastal communities.

For these reasons, California has taken steps to implement an aggressive path to improve the management of its 1100 miles of coastline. The state is building upon an impressive history of resource management in the state. With the passage of the state’s Ocean Protection Act (2004), California signaled to the nation and to its neighboring West Coast states that the people of California are ready to take action. Building upon the state’s existing marine and coastal resource management conducted by the Department of Fish and Game’s implementation of the Marine Life Protection Act (MLPA1999), the California Coastal Commission management of the Coastal Zone, and the State Water Resources Control Board’s regulation of discharge to coastal streams and to the ocean, the state set out a process for reframing governance to achieve integrated management of coastal and marine resources. Under the leadership of the newly formed Ocean Protection Council, many of the most pressing policy issues are being addressed in a statewide process. Two key aspects are the state’s better integrating its existing network of resource agencies, and educational and research institutions, as well as calling upon its citizens to help reframe and establish new goals and objectives to achieve marine resource management goals. 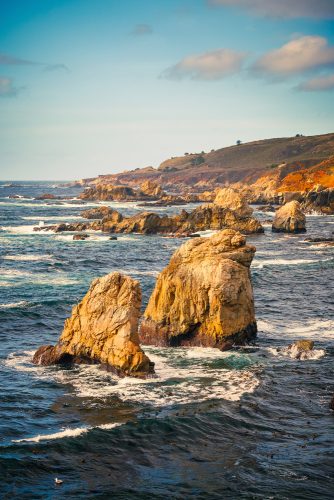 In this effort the state has achieved a number of actions that have resulted in the following actions: