What is the Land and Water Conservation Fund? 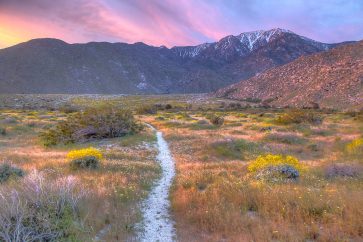 The Land and Water Conservation Fund (LWCF) was established in 1964 by Congress in order to fund the creation and maintenance of national parks, monuments, and open spaces. The Fund collected revenue from fees generated by offshore oil and gas drilling and awarded those fees as grants to local parks and recreation projects such as maintaining the Pacific Crest Trail (see image to the right). Since its establishment, LWCF has collected up to 900M per year over the last 53 years to spend on our nation’s greatest resource, its open spaces, and wilderness.

How has LWCF contributed to California? 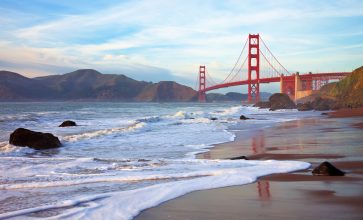 The LWCF has made a significant impact on California by providing 2.5B funds in the last five decades. Some of the most widely known and iconic natural areas in California that have benefited from the protection provided by the LWCF include Muir Woods National Monument, Joshua Tree National Park, Lake Tahoe, the Pacific Crest Trail, Santa Monica Mountains, California Desert, Grasslands Wildlife Management Area, and the Golden Gate National Recreation Area. The LWCF also funds many local projects such as acquiring and developing land for community parks. For a full list of all projects funded by LWCF in California, click here.

The Land and Water Conservation Fund was set to be reauthorized each year by members of Congress. However, in 2018, something unexpected happened: the LWCF was never reauthorized. National parks and wildlife areas across the nation were set to lose a large portion of their funding unless the LWCF was brought back. The National Wildlife Federation contacted PCL to help sway California Congressional delegates to bring back the Fund.

PCL set its sights on bringing the LWCF back. We identified which delegates had yet to support the proposed LWCF reauthorization bill and reached out to our members living in their districts. We asked them to contact their legislators and speak up for the protection of California’s parks and open spaces. We submitted letters to editors of local newspapers highlighting the importance of bringing back this fund. We submitted resolutions to cities in regions that were the most helped by the LWCF to ask for their support in contacting and convincing the Congress. We spoke in radio interviews on benefits that LWCF has had on California and its citizens and how we can reauthorize this fund once again. PCL’s efforts had paid off as the LWCF was reauthorized on March 12th, 2019 with 49 of the 53 California delegates supporting the passage of the bill.

The reauthorization of the LWCF had not only restored the funding for parks and open spaces but also removed the requirement that it needed to be voted on every year by Congress, making it permanently reauthorized. But the fight did not end there. The U.S Congress introduced another bill relating to the LWCF, this one proposing to fully fund the LWCF. The LWCF is authorized to receive a maximum of 900M each year. In reality, the LWCF has only received this full amount once, with the rest of the funds either remaining in the treasury or being repurposed for other non-conservation purposes. The Land and Water Conservation Fund Permanent Funding Act passed on August 4th, 2020, and ensured that the LWCF would receive the maximum allocated funding amount each year and required that the funding is spent on protecting natural resources and wildlife.