This op ed by Caroline Farrell of the Center for Race, Poverty and the Environment highlights why the California Environmental Quality Act (CEQA) remains the premier tool for lower-income polluted communities to fight for their rights and their health.  The Planning and Conservation League is proud to have Caroline on our board and to be advocating alongside her, and other environmental justice advocates, to maintain CEQA’s integrity. 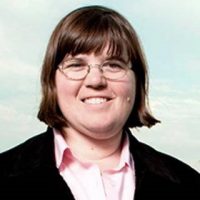 Special to The Bee

California’s cornerstone environmental law, the California Environmental Quality Act, has served as a convenient scapegoat for all that ills our economy.

Most recently CEQA has been blamed for the affordable housing crisis. In the last legislative session, Gov. Jerry Brown advocated loosening environmental protections around the construction of new housing to encourage developers to build more, faster.

We’ve seen similar attempts to weaken this law in the past. Some proposals have been tightly targeted – streamlining environmental review for specific projects like sports stadiums – while others have aimed to render environmental review under CEQA nearly meaningless. But these efforts have been misguided, as they are based on theories that don’t stand up to the facts.

Particularly in rural and agricultural communities, environmental review under CEQA is often the only opportunity the public has to weigh in on potentially polluting projects. Without this law, poor communities have no chance to demand protection from toxic soils related to hazardous waste processing or polluted air and water from some agricultural practices.

A recently released economic analysis shows just how critical CEQA is to underserved communities. The report also shows how little California’s environmental protections impede growth and development in the state. Even though we have some of the strongest environmental laws in the country, California also has the largest economy of any state. We are in the top 10 states when it comes to affordable-housing production and have the most manufacturing jobs.

Despite these impressive statistics, California still faces real economic and environmental challenges. It’s no secret that the poor and people of color are subject to an unfair share of the pollution that accompanies economic activity, from dairy operations in the Central Valley to oil refining in the Bay Area to port operations in Los Angeles.

The poor and people of color face toxic soils, air pollution and obstacles to clean water in the San Joaquin Valley in ways that are almost unfathomable today. In Tulare County, some communities no longer have access to running water after five years of drought. Contamination of drinking water is also a growing concern, and air pollution remains a persistent challenge.

The Central Valley is home to the nation’s breadbasket and some of its most polluted communities. California produces more dairy products than any other state. Commercial dairies can have a significant impact on air and water quality. But it was not until the Center on Race, Poverty & the Environment led legal actions under CEQA that the air-quality impacts of commercial dairy producers faced basic regulations.

CEQA is one of the few tools available to disadvantaged communities looking to advocate for themselves when it comes to protecting public health and the environment, including efforts to prevent the worst effects of climate change. This law is a valuable tool for communities looking to protect farmland from conversion to housing sprawl, and ultimately to encourage sustainable growth that will lead to vibrant unincorporated communities and urban areas alike.

Fundamentally, CEQA provides a forum for Californians of all stripes – rich and poor, urban and rural, progressive and conservative – to have a voice in land-use policy. That may not sound very exciting, but it is a fundamental part of living in a democratic society.

Before politicians in Sacramento start plotting another overhaul of our state’s landmark environmental protections, they should remember all the ways this law gives voice to the voiceless and provides invaluable protections for shared resources such as clean air, drinkable water and farmland that feeds the nation.

Caroline Farrell is executive director of the Center on Race, Poverty & the Environment in Delano. Contact her at cfarrell (at) crpe-ej.org