Water & Power: A California Heist is an acclaimed new documentary film from National Geographic featured at the 2017 Sundance Film Festival. This thrilling investigation uncovers the high-level corruption behind California’s long-standing water crisis. Sweeping cinematography of California’s harsh, dry landscape asks us to visualize a fight for water in what feels like a modern day Chinatown. The movie includes interviews with PCL representatives and counsel for PCL (Rossmann and Moore) in its successful challenge to the environmental review of the Monterey Amendments to the State Water Project.

This cleverly orchestrated exposé takes us into the stark realities of small California towns, where paying for showers is the norm—bringing light to the growing divide between water haves and have-nots. This natural resource is only growing more valuable as the new war for water is already upon us. This daring and extremely timely documentary asks us to question who has control of our access to our water. 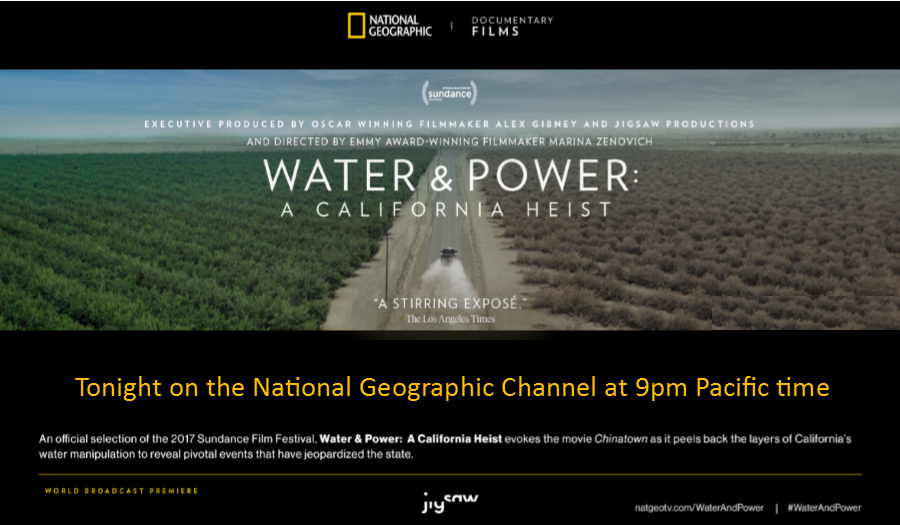