PCL’s 2022 California Environmental Assembly will be concluding on Thursday, February 24th. We are thankful for our panelists and audience members for making this year’s Assembly a productive and memorable event! Don’t forget to register today if you would like to still be a part of this event! In addition to attending the next two panels, you will receive a link to a website with recordings of past sessions. Click here to register and click here to view the Assembly program.

Our last two panels will wrap up our conversation on climate change by discussing groundwater management and housing policy. The first panel of the day will address the issue of disappearing aquifers and propose new land management techniques to improve groundwater recharge and provide clean water to communities. The second panel will then address the issue of jurisdiction when it comes to affordable housing and land use authority. We are especially excited to announce that Senator Scott Wiener and Mayor Darrell Steinberg will be participating in this panel to bring their unique perspectives on the issue. Come join us on February 24th for an exciting discussion!

Climate change is making atmospheric rivers more common while increasing the likelihood of droughts, and significantly reducing the holding capacity of the snowpack – a result of rising temperatures. Capturing flood and storm waters for groundwater recharge and storage can be a realistic, least-cost strategy for meeting water storage needs and reducing flood risks.

New technologies and analyses developed by researchers at the University of California at Davis and Stanford University are beginning to be applied to identify specific sites where soil characteristics and hydrogeology allow water to percolate readily from the surface to the aquifer.

Forward-thinking communities have demonstrated that they can achieve multi-benefits with a single groundwater recharge project, thus increasing the cost-effectiveness of infrastructure investments. Speakers will provide specific examples of identifying and preserving prime recharge locations, developing multi-benefit projects on these sites, and new legislation that funds these efforts. 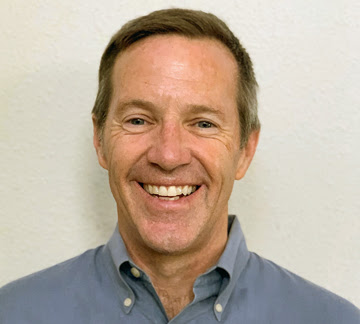 Paul Gosselin joined the Department of Water Resources (DWR) as the Deputy Director for Sustainable Groundwater Management in July 2021 where he oversees the implementation of the Sustainable Groundwater Management Act (SGMA). He has extensive experience in local groundwater management, and environmental regulations and leadership. He was an early adopter and collaborator of innovating technologies to further understand geologic conditions important to groundwater management and this leadership paved the way for the statewide initiative to map groundwater basins. Previously, Gosselin served 13 years as Butte County’s Director of Water and Resource Conservation. 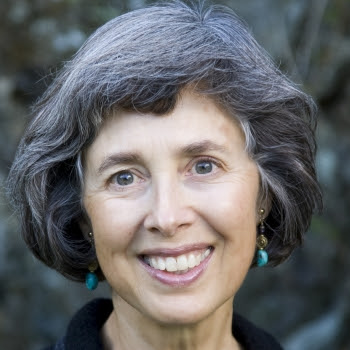 Rosemary Knight is a Professor of Geophysics at Stanford University and has been a senior fellow at the Stanford Institute for the Environment from 2005. She and her Environmental Geophysics Research Group have worked for more than 30 years on the challenge of using geophysical methods for groundwater science and management. In 2008, Knight founded the Center for Groundwater Evaluation Management (GEM Center), with the vision of advancing and promoting the use of geophysical methods through the development of partnerships with water agencies. Collaboration with local and state agencies, moving “knowledge into action” has been and remains central to Knight’s work. 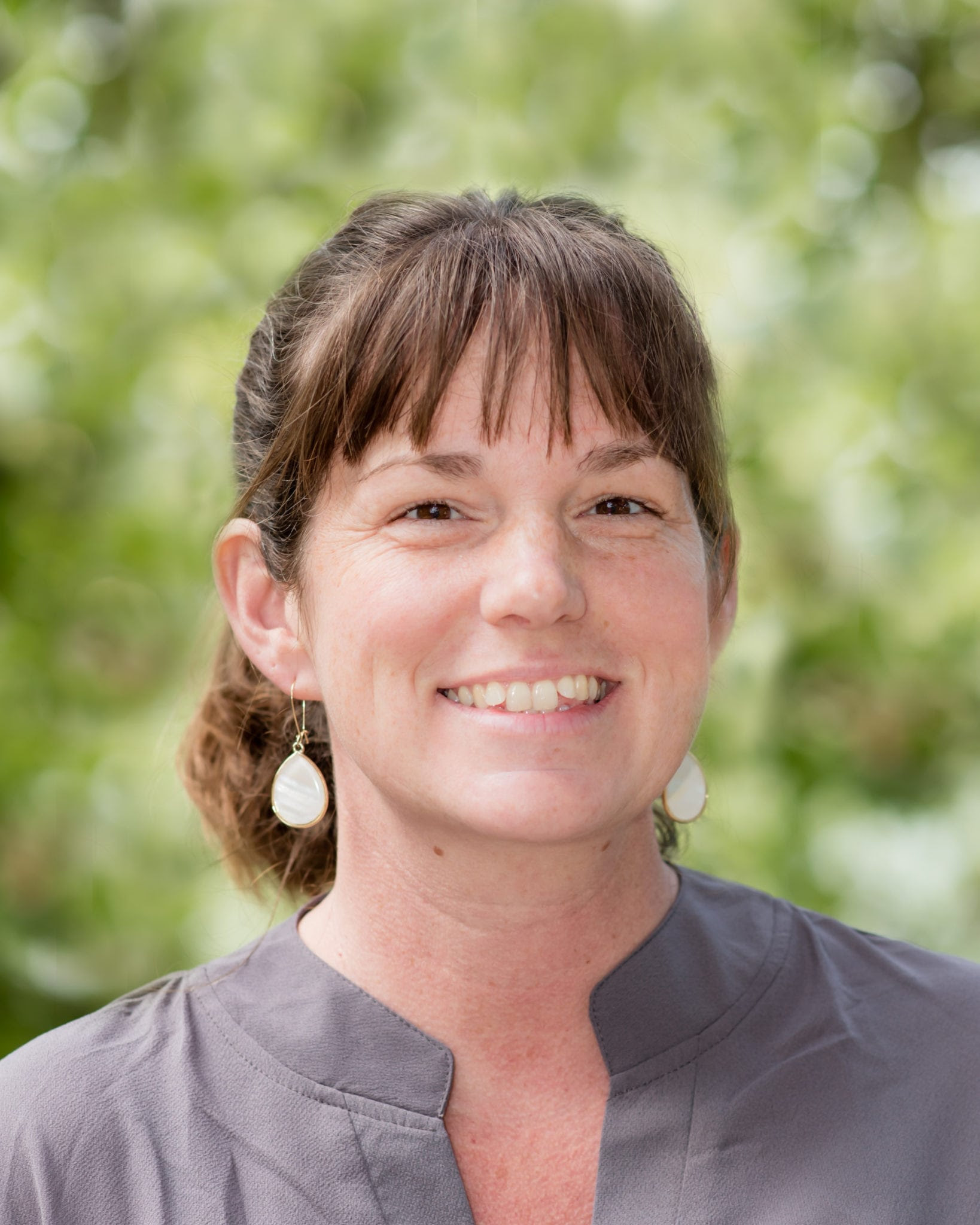 Julie Renter is President of River Partners. This nonprofit organization has, for over 20 years, successfully worked with farmers and other partners to restore 18,000 acres of flood plains in order to prevent flooding, rebuild natural habitat, store carbon, increase groundwater recharge, and support productive farmland. She received her Bachelor of Science in forestry from UC Berkeley in 2002 and a Master’s Degree in Natural Resources and Environmental Management from the University of Hawaii in 2005. She joined River Partners in 2008 as the Central Valley Regional Director, working at the San Joaquin River National Wildlife Refuge near Modesto. 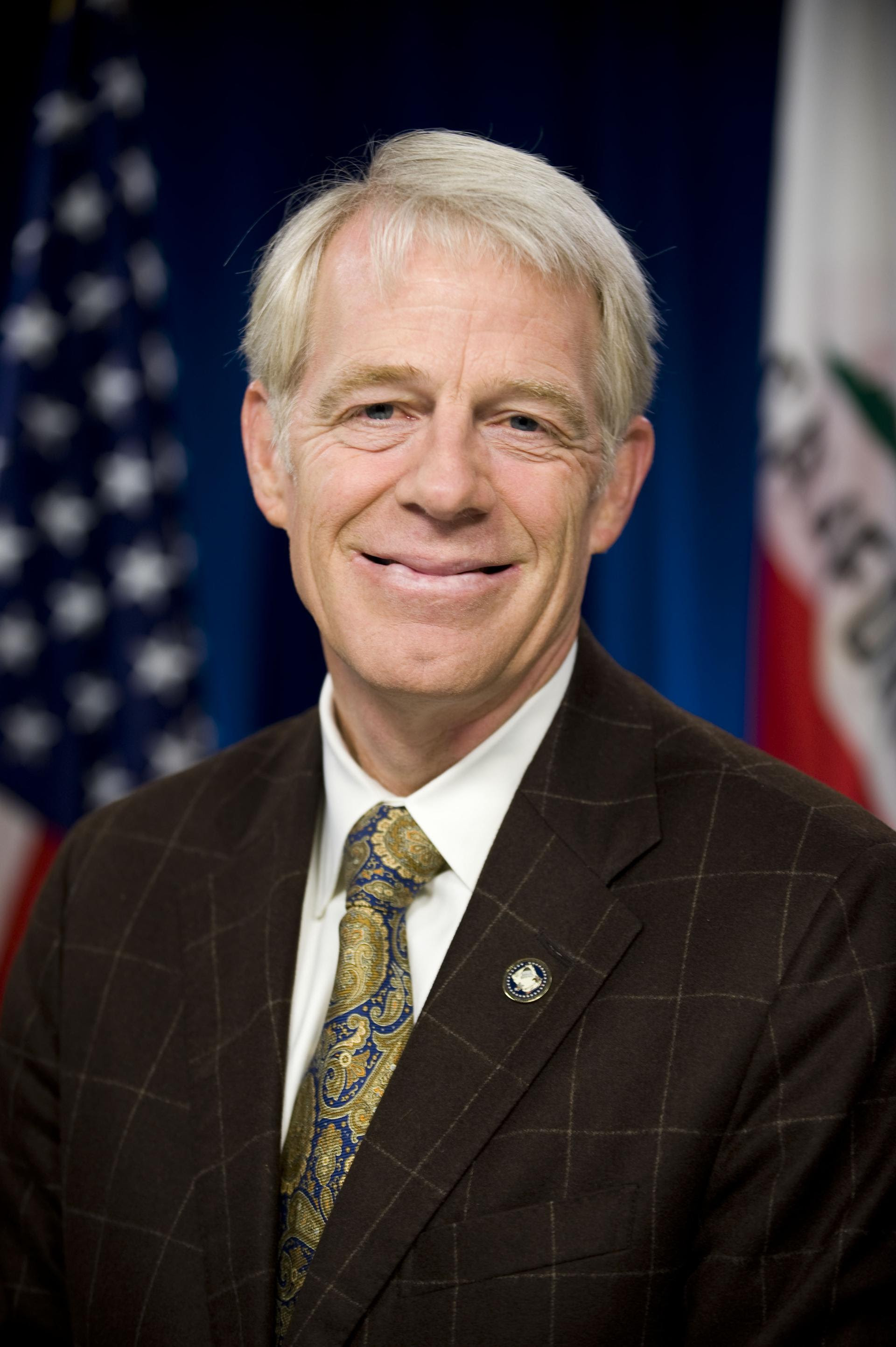 Roger Dickinson currently serves as the Policy Director for the Local Government Commission providing direction and advocacy at the state and local levels for the livable communities policies, programs, and priorities of the Commission. Throughout his career, he has also enjoyed broad success as a local community leader, a county supervisor, and a member of the California Legislature. In November of 2010 Dickinson was elected to the State Assembly and reelected in November 2012, representing the 7th Assembly District including the Cities of Sacramento and West Sacramento. In his two terms in the Assembly, Dickinson established himself as a particularly effective lawmaker including his outstanding contribution as co-author of the 2014 Sustainable Groundwater Management Act.

The recent adoption of Senate Bills 8, 9 and 10 as on-going and new attempts to address the housing affordability crisis in California are part of a growing tension over state intervention in local housing policy.

Beginning in January, the California Attorney General will have expanded authority to pursue litigation against local governments that are perceived to violate new laws including those designed to speed up regulatory review; to require affordable housing deficient cities to approve specified zoning, design, and affordability standards; to prohibit policies (including those established by initiative) that reduce development density; and to make it easier to build services-oriented navigation centers for the homeless.

In early November, Attorney General Rob Bonta announced a new “Housing Strike Force” to enforce development and tenant rights. In contrast, local interest responses have included: 1) the commencement of signature gathering for a state constitutional amendment to give local land-use decisions precedence over conflicting state law, and 2) litigation initiated by the AIDS Healthcare Foundation challenging the constitutionality of SB 10 as it impacts initiative rights.

Senate Bill 8 is a follow-up to SB 330 adopted as the “Housing Crisis Act of 2019” to help increase residential density; protect existing housing inventory and expedite permit processing. Senate Bill 9, known as the “Duplex Act” allows property owners to split a single-family lot and build an additional dwelling unit. Both lots can have their own ADUs. SB 10 authorizes local governments to rezone parcels up to ten units of residential density for urban infill sites and parcels in transit-rich areas.

Our panelists will discuss state and local land-use powers and the future of local governance; the legality of these new Senate Bills; whether the legislation will actually reduce housing prices and materially help reduce the affordable housing crisis; expected and possible environmental impacts; and potential unintended consequences, including displacement of lower-income residents and other environmental justice impacts. 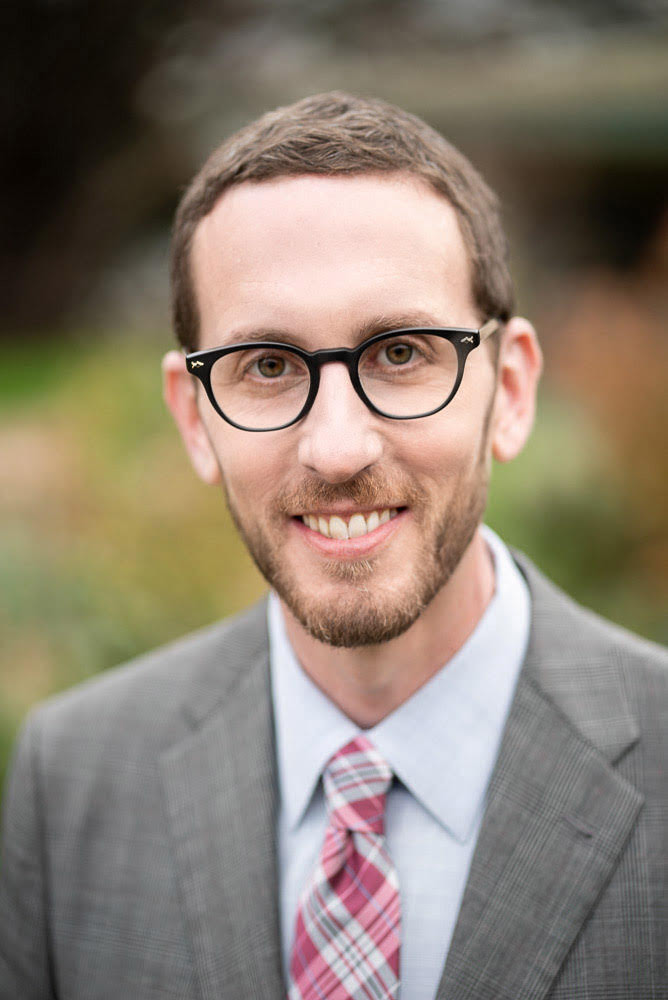 Senator Scott Wiener represents San Francisco and northern San Mateo County in the California State Senate. Elected in 2016, Senator Wiener focuses extensively on housing, transportation, civil rights, criminal justice reform, clean energy, and alleviating poverty. He chairs the Senate Housing Committee and is Vice Chair of the California Legislative Jewish Caucus. Before taking public office, Senator Wiener practiced law for fifteen years, including nearly a decade as a Deputy City Attorney in the San Francisco City Attorney’s Office. He also served in a number of community leadership roles, including co-chair of the San Francisco LGBT Community Center and on the national Board of Directors of the Human Rights Campaign. 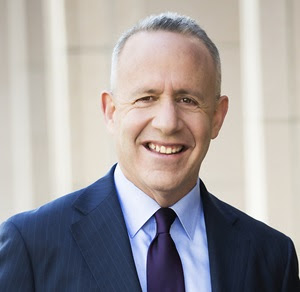 Mayor Darrell Steinberg is one of Sacramento’s most accomplished public servants, having served as a City Councilman before being elected to the State Assembly and State Senate. As a state legislator, Steinberg championed economic development, education reform, building sustainable communities, and major investments in healthcare and education. Darrell was the first Sacramentan to serve as President of the State Senate in more than 125 years and was elected the 57th mayor of Sacramento in 2016. 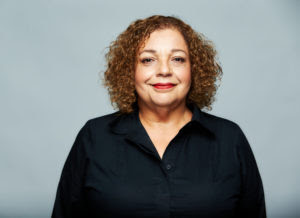 For the past 32 years, Martha has served in the non-profit sector as an advocate, community organizer, and coalition builder. She joined PSR-LA in 1998 to launch the environmental health programs, and became Executive Director in November 2007. She is committed to making the credible voice of physicians a powerful instrument for transforming California and our planet into a more peaceful and healthy place.

As a coalition builder, Martha has emphasized the need for local grassroots advocacy working in partnership with statewide policy actions. She is an active board member of numerous organizations, including Californians for Pesticide Reform, the California Environmental Rights Alliance, and Californians for a Healthy and Green Economy. 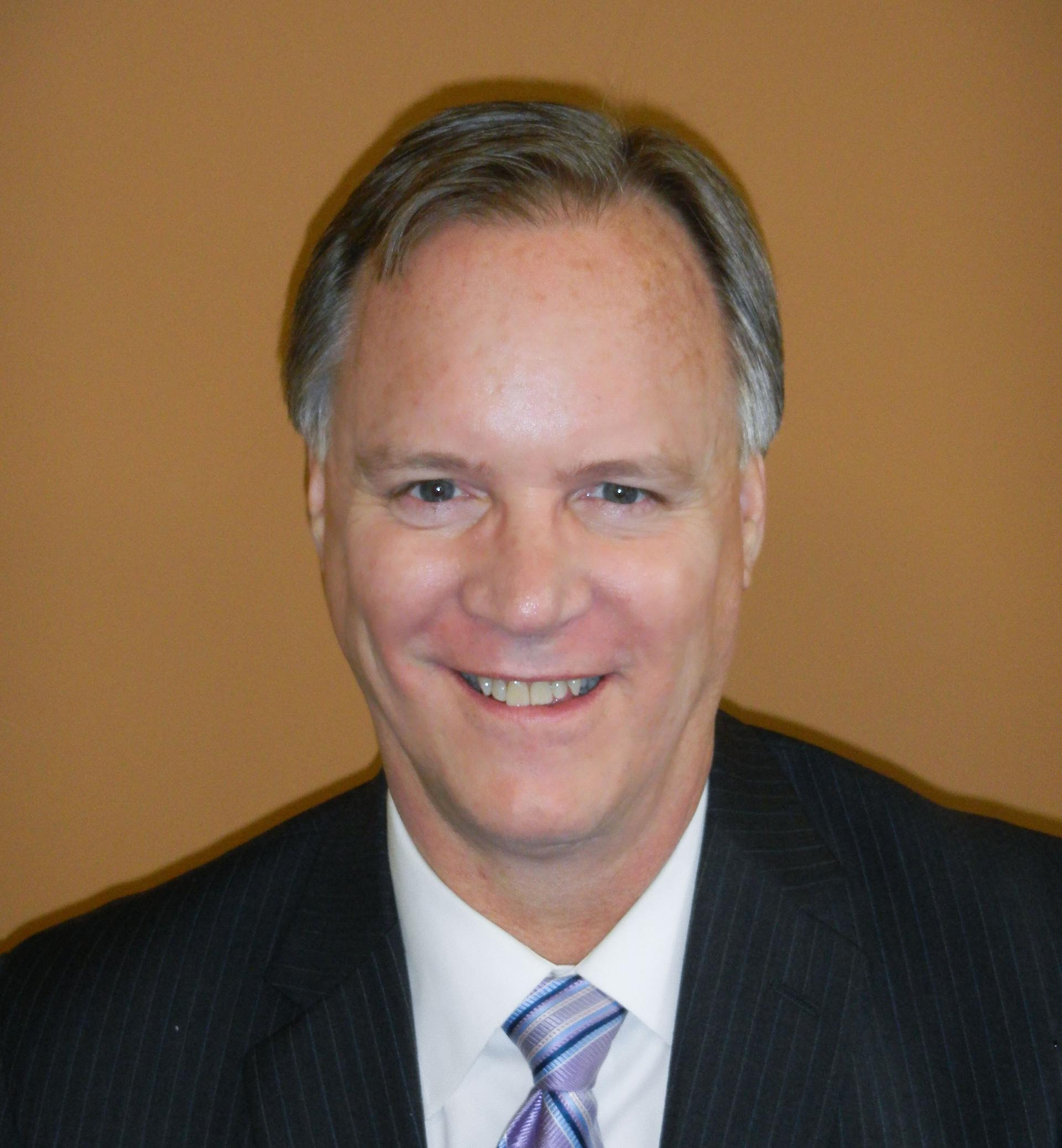 Kevin Johnson is a  CEQA Attorney and civil litigator with law offices in Carlsbad, California. He has been a member of the PCL Board of Directors since 1987 and serves on a number of PCL Board Committees. He is a 1980 graduate of the University of California, Davis Law School and holds the coveted “AV”  Professional Rating from Martindale Hubbell. Mr. Johnson’s law practice emphasizes representation of national, state, regional and local environmental organizations and citizens groups.

How to participate in the Webinars

If you are a student or a recent graduate, contact us at events@pcl.org to receive information on how to receive a scholarship to attend the Assembly for free!